Indian Habits That One Can Be Proud Of


Read this on Quora.com and feel so happy to read it.
What habits did you learn in India that have stuck?

Here are twelve habits I picked up while living in India:
India is a part of me. I love India, and sometimes I ask myself why I’m not there. I will be back though, and when I do, I know I’ll feel at home right away…

Posted by Lakshmi Ramachandran at Thursday, January 31, 2019 No comments:

The Parts Of Speech Poem 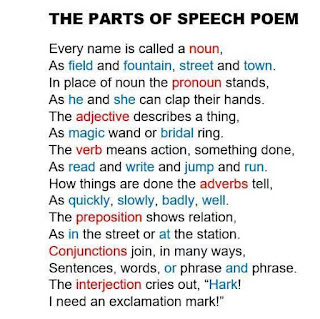 Posted by Lakshmi Ramachandran at Friday, February 12, 2016 No comments:

Ways to Lose Weight Without Dieting

Set a timer for 20 minutes and reinvent yourself as a slow eater. This is one of the top habits for slimming down without a complicated diet plan. Savor each bite and make it last until the bell chimes. Paced meals offer great pleasure from smaller portions and trigger the body's fullness hormones. Wolfing your food down in a hurry blocks those signals and causes overeating.

Sleeping an extra hour a night could help a person drop 14 pounds in a year, according to a University of Michigan researcher who ran the numbers for a 2,500 calorie per day intake. His scenario shows that when sleep replaces idle activities -- and the usual mindless snacking -- you can effortlessly cut calories by 6%. Results would vary for each person, but sleep may help in another way, too. There's evidence that getting too little sleep revs up your appetite, making you uncommonly hungry.

Serve three vegetables with dinner tonight, instead of just one, and you'll eat more without really trying. Greater variety tricks people into eating more food -- and eating more fruits and vegetables is a great way to lose weight. The high fiber and water content fills you up with fewer calories. Cook them without added fat. And season with lemon juice and herbs rather than drowning their goodness in high-fat sauces or dressings.

Drinking green tea may also be a good weight loss strategy. Some studies suggest that it can rev up the body's calorie-burning engine temporarily, possibly through the action of phytochemicals called catechins. At the very least, you'll get a refreshing drink without tons of calories.

Slip Into a Yoga State of Mind

Women who do yoga tend to weigh less than others, according to a study in the Journal of the American Dietetic Association. What's the connection? The yoga regulars reported a more "mindful" approach to eating. For example, they tend to notice the large portions in restaurants but eat only enough to feel full. Researchers think the calm self-awareness developed through yoga may help people resist overeating.

Chew sugarless gum with a strong flavor when you're at risk for a snack attack. Making dinner after work, socializing at a party, watching TV, or surfing the Internet are a few dangerous scenarios for mindless snacking. Gum with a big flavor punch overpowers other foods so they don't taste good.

Americans are conditioned to keep eating until they're stuffed, but residents of Okinawa eat until they're 80% full. They even have a name for this naturally slimming habit: hara hachi bu. We can adopt this healthy habit by dishing out 20% less food, according to researcher Brian Wansink, PhD. His studies show most people don't miss it.

The top habit of slim people is to stick with modest food portions at every meal, five days a week or more. "Always slim" people do it and successful losers do it, too, according to a Consumer Reports survey. After measuring portions a few times, it can become automatic. Make it easier with small "snack" packs and by keeping serving dishes off the table at meal time.

When Soup's On, Weight Comes Off

Add a broth-based soup to your day and you'll fill up on fewer calories. Think minestrone, tortilla soup, or Chinese won-ton. Soup's especially handy at the beginning of a meal because it slows your eating and curbs your appetite. Start with a low-sodium broth or canned soup, add fresh or frozen vegetables and simmer. Beware of creamy soups, which can be high in fat and calories.

Whole grains such as brown rice, barley, oats, buckwheat, and whole wheat also belong in your stealthy weight loss strategy. They help fill you up with fewer calories and may improve your cholesterol profile, too. Whole grains are now in many products including waffles, pizza crust, English muffins, pasta, and soft "white" whole-wheat bread.

Choose a 10-inch lunch plate instead of a 12-inch dinner plate to automatically eat less. Cornell's Brian Wansink, PhD, found in test after test that people serve more and eat more food with larger dishes. Shrink your plate or bowl to cut out 100-200 calories a day -- and 10-20 pounds in a year. In Wansink's tests, no one felt hungry or even noticed when tricks of the eye shaved 200 calories off their daily intake.

Eating vegetarian meals more often is a slimming habit. Vegetarians tend to weigh less than meat eaters. While there are several reasons for this, legumes may play an important role. Bean burgers, lentil soup, and other tasty legume-based foods are simply packed with fiber. Most Americans get only half of this important nutrient, which fills you up with fewer calories.

Lose 10 pounds in a year without dieting by burning an extra 100 calories every day. Try one of these activities:


Reach for the Red Sauce

Choose marinara sauce for pasta instead of Alfredo sauce. The tomato-based sauces tend to have fewer calories and much less fat than cream-based sauces. But remember, portion size still counts. A serving of pasta is one cup or roughly the size of a tennis ball.


Eat Out Your Way

Restaurant meals are notoriously fattening, so consider these special orders that keep portions under control:
Complement a smaller entrée with extra salad for the right balance: half the plate filled with veggies.

Hang an old favorite dress, skirt, or a smokin' pair of jeans where you'll see them every day. This keeps your eyes on the prize. Choose an item that's just a little too snug, so you reach this reward in a relatively short time. Then pull out last year's cocktail dress for your next small, attainable goal.

Build a Better Slice of Pizza

Choose vegetable toppings for pizza instead of meat and you may be able to shave 100 calories from your meal. Other skinny pizza tricks: Go light on the cheese or use reduced-fat cheese and choose a thin, bread-like crust made with just a touch of olive oil.

Sip Smart: Cut Back on Sugar

Replace one sugary drink like regular soda with water or a zero-calorie seltzer and you'll avoid about 10 teaspoons of sugar. Add lemon, mint or frozen strawberries for flavor and fun.
The liquid sugar in soda appears to bypass the body's normal fullness cues. One study compared an extra 450 calories per day from jelly beans vs. soda. The candy eaters unconsciously ate fewer calories overall, but not so the soda drinkers. They gained 2.5 pounds in four weeks.

Use a tall, skinny glass instead of a short, wide tumbler to cut liquid calories -- and your weight -- without dieting. You'll drink 25%-30% less juice, soda, wine, or any other beverage.
How can this work? Brian Wansink, PhD, says visual cues can trick us into consuming more or less. His tests at Cornell University found all kinds of people poured more into a short, wide glass -- even experienced bartenders.

When an occasion includes alcohol, follow the first drink with a nonalcoholic, low-calorie beverage like sparkling water instead of moving directly to another cocktail, beer, or glass of wine. Alcohol has more calories per gram (7) than carbohydrates (4) or protein (4). It can also loosen your resolve, leading you to mindlessly inhale chips, nuts, and other foods you'd normally limit.

Most people have a natural "eating pause," when they drop the fork for a couple of minutes. Watch for this moment and don't take another bite. Clear your plate and enjoy the conversation. This is the quiet signal that you're full, but not stuffed. Most people miss it.

When Germany is Christian, is India Hindu?

I came across this and couldn't help but share it on my blog :


When Germany is Christian, is India Hindu?

Posted by Lakshmi Ramachandran at Tuesday, May 07, 2013 No comments:

Being Lazy is sometimes good


Water Melon is one of my favourite fruits and I can eat it all day long. My husband likes it but won't eat it  cos he does not want to go through removing those numerous seeds.I devised a unique way of removing them -  the natural way all waste is thrown out from our body. Yes I swallow the seeds.It was such a relief not having to pick out those innumerable tiny seeds.

Today while eating this wonderful fruit I suddenly felt the urge to "google" for the nutrition facts about these tiny black irritants.I am sure most of you would think I was crazy for the seeds found in any fruit is considered an unnecessary part of it and which most of us spit out.I was surprised at the fact that it was very very nutritious.Here are a few excerpts from the articles I found.

Watermelon seeds are very high in protein, with 1 cup of dried seeds containing 30.6g, which is 61 percent of the daily recommended value. The protein in watermelon seeds consists of several amino acids, one of which is arginine. While the body produces some arginine, the Mayo Clinic states that there are times when people need to take in additional arginine. Some of the health benefits of arginine include regulating blood pressure and treating coronary heart disease. There are several other amino acids that make up the protein in watermelon seeds, including tryptophan, glutamic acid, and lysine.

Minerals abound in watermelon seeds. Magnesium is the most abundant mineral, weighing in with 556mg, or 139 percent of the recommended daily value, in 1 cup of dried seeds. According to the National Institutes of Health, magnesium helps regulate blood pressure and the metabolism of carbohydrates, which has a beneficial effect on blood sugar as well. Other important minerals in watermelon seeds are phosphorous, iron, potassium, sodium, copper, manganese and zinc.

I am still surprised about these facts but glad I started swallowing the seeds.
Posted by Lakshmi Ramachandran at Sunday, April 21, 2013 4 comments: